On Earth, Carrie Hauser is a hero.

But on the far side of the galaxy, she’s just another soldier on the front lines of an interplanetary war.

Carrie has barely recovered from thwarting an alien invasion of her home town when she’s whisked away to the heart of the Kyros Alliance and pressed into service with the Vanguard, a cosmic peacekeeping force dedicated to defeating the terrorist network known as the Black End.

Surrounded by hostile extraterrestrials, including among her teammates in the Vanguard, Carrie finds herself in for the fight of her life against an unstoppable force hellbent on spreading chaos and destruction — and if the Kyros Alliance falls, Earth could be next.

Get ready for the wildest ride yet in the Action Figures saga! Now available in e-book format on Amazon for the Kindle, Barnes & Noble for the Nook, and Kobo!

It’s taken a while, but all of my books are now available for the Nook via Barnes & Noble.

This concludes phase one of my winter project to make my catalog available through non-Amazon sellers. I have identified a few other outlets and I’ll be working to tap those markets as well, since the Kindle Select program has lost its financial luster in a big way over the past year.

I realize that for a lot of you all this is no big whoop, but I encounter a fair number of people who, for reasons ranging from totally legitimate to completely ridiculous, hate Amazon and refuse to buy anything from them, so it’s in my best interests to diversify retailers.

On another important note, this will be my last blog post for the year. I’m going to take a couple weeks off from the grind of shameless self-promotion and enjoy my holidays. Crazy, huh? My regular auto-posts are still lined up but the weekly update will be on hiatus until January 2018.

Well Behaved Women: I’m optimistic that I am past the continual mental blocks I encountered in writing the first act of book two and things will flow a little more freely from here on out. In the meantime, I continue to prepare for the cover photo shoot scheduled for March. I have three excellent models lined up, along with my photographer, cover artist, and costumer, so it’s just a matter of gathering the costume and prop pieces I’ll need.

Action Figures – Issue Seven: The Black End War: I got my edits back over the weekend, so I am spending tomorrow working on the final draft and formatting. I’m on-track for a late February release!

First, a reminder that the New England Speculative Writers group is still holding its open call for its first anthology. If you’re a New England-based writer, you’re eligible to submit a story. The deadline for submission is January 31, 2018. Go here to get the full details.

All right, Nook owners, time to head on over to Barnes & Noble’s website and start spending!

The entire Action Figures series and Cheap Thrills Digest are now available on B&N, and December 9 is when the Nook editions of the entire Strongarm & Lightfoot series will drop.

Why December 10? Because the first book, Scratching a Lich, is still in the Kindle Direct Publishing Select program. December 9 is its last day of enrollment so I have to wait for that to expire to avoid getting in trouble with Amazon.

I’ll continue to add all my books to other platforms in the coming weeks, so stay tuned!

Well Behaved Women: Chipping away at the first draft of book two.

The Adventures of Strongarm & Lightfoot – book four: First draft in progress. I’m jumping back and forth between this and WBW as the mood strikes me.

All right, folks, here’s where you’ll find me at Arisia in January…

After a Kickstarter campaign that wound up becoming the most successful media-related effort in its history, Joel Hodgson brought his creation back to an audience starved for the opportunity to see puppets snark at bad movies. With new host Jonah Ray, the return of MST3K was an immediate success story for Netflix and precipitated a live tour. Join the discussion as we go over the new episodes, argue about the new cast, and speculate what a twelfth season might bring!

Stage Presentation: A Minute or Less to Impress (Sunday, 11:30 AM)

A minute can seem so short when trying to put together a masquerade presentation, but it can feel like an eternity on stage. How do you use the time allowed to both entertain the audience and wow the judges? Can it be done in less than 30 seconds?

Have you ever wondered how your fight scene would look acted out in real life? Here’s your chance to play with some toy soldiers, see your fight scene acted out with authentic weapons, and listen to our panel of martial artists and authors SHOW you what works vs. doesn’t work in your or other writer’s fiction. Submit your 800 word fight scene to fights@arisia.org for a chance to have your scene incorporated into the discussion, or just come watch.

Next, a reminder that the New England Speculative Writers group is still holding its open call for its first anthology. If you’re a New England-based writer, you’re eligible to submit a story. Go here to get the full details.

The process of bringing my e-books to the Nook continues. The first two Action Figures novels, Secret Origins and Black Magic Women are now available at Barnes & Noble. I hope to have the entire series available by Black Friday.

Speaking of which, The Adventures of Strongarm & Lightfoot – Scratching a Lich will be available for the Kindle for 99 cents from Thanksgiving Day through Cyber Monday. I expect this will be the last time the e-book version will be on sale through Amazon (read this if you don’t already know why).

Well Behaved Women: Time to get back to work on this. It’s sat untouched a little too long.

The Going Rate for Penance: I’ve done three drafts of my short for the New England Speculative Writers anthology (more on that below) so it’s time to send it out to test readers.

The New England Speculative Writers group is holding an open call for its first anthology. If you’re a New England-based writer, you’re eligible to submit a story. Go here to get the full details. 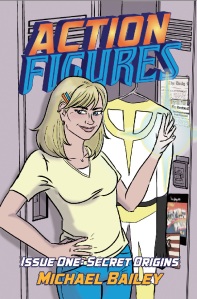 As I mentioned previously, I’m moving away from Amazon exclusivity with my e-books and making them available on other platforms. As of today, I’ve officially expanded into Barnes & Noble, and Action Figures – Issue One: Secret Origins is now available for the Nook! I’ll continue to add the Action Figures series to the B&N catalog over the coming days, and then add it to other venues as I find them.

Google, you kind of suck.

Now, like pretty much everyone in the world, I use Google as my main search engine. I have a GMail account. I use the Chrome browser. I am not anti-Google, but man, they need to brush up on the concept of user-friendliness.

A fellow member of the Kindle Authors Helping Authors Facebook page asked about the Google Books Partner Program, which allows indie authors to post excerpts of their book on Google Books, and links users to whatever site the writer uses to sell his or her work. Authors can also make their e-books available for sale via Google Play.

Since, apparently, none of the other members had tried it, I decided to be the guinea pig. One week ago, I set up my account, downloaded the files, and sat back to wait up to 24 hours for the system to process everything. To make a long story short, whenever some sort of issue arose, the system was frustratingly vague about how to fix it. There was a lot of searching the self-help section, only to find non-answers, and waiting for someone at the help desk to respond — very slowly — to my e-mails, again often to provide a less than helpful answer.

What should have taken a full day to accomplish instead took a week, and that could have been cut down a LOT if Google had simply provided more explicit and detailed instructions, maybe some direct links…maybe, in some cases, the button I needed to click to finish a given process (which the system withheld because I hadn’t fixed the issue in question, which I couldn’t fix until I got the button I needed to click…I suspect this will be Hades’ punishment for me should I go to the Greek underworld after I die).

But, the good news is: Action Figures – Issue One: Secret Origins is now listed on Google Play!

EDIT: I had originally planned to make the e-book available for sale through Google Play, which would have meant people with e-readers such as the Barnes & Noble Nook or the Sony eReader could finally grab the e-book version. However, the book is currently under an exclusivity agreement with Kindle Direct Publishing, which is necessary for me to do the free giveaway at the end of March. This means, at least for a while longer, Action Figures will remain available only on the Kindle (or readable on electronic devices with any of the free Kindle apps).

Sorry for jumping the gun on this, folks, but when the e-book does go fully live on Google, I’ll let you know.

Christmas is coming up fast. Have you finished your shopping yet? No? Slacker.

Well, I’m going to throw some suggestions out at you. I’ll get the selfish one out of the way: buy Action Figures! You need to get book one so you’ll be able to understand what’s going on in book two (which is now off to my test-readers. Woo!).

If swashbuckling historical fiction is more your style, my friend/fellow writer Justin Aucoin has his trilogy of piratical shorts in the Jake Hawking series, all available for the Kindle and the Nook. Start with A Pirate’s Honor and go from there.

For a faster read in a Christmasy vein, check out my buddy Rob Borkowski’s Wight Christmas, a flash-fiction short that’s available on Amazon.com for the Kindle.

For an early Christmas gift for a theater lover, snag tickets to this weekend’s final performances of my friend Scott Kegler’s play WHACKED!, at the Hole in the Wall Theater in New Britain, Connecticut.

For something a little more kid-friendly (or adult geek friendly), check out my friend Jess Maclean’s shop Geeky and Cheeky on Etsy. My wife Veronica has a growing collection of handmade G&C dolls, including a complete set of Avengers dolls.

Speaking of my wife, go visit her new Storied Threads website! It’s been re-launched with a focus on her clothing and fandom items, while her Etsy store will focus more on her original embroidery designs.

Now, go forth and shop — and in doing so, you’ll be supporting independent artists and small businesses, which is always a great thing to do.