My friend and fellow writer J.M. Aucoin recently finished reading Action Figures – Issue One: Secret Origins, and he asked me to participate in a little author Q&A, something he’s done with other indie authors. That Q&A session is now up at his official website. 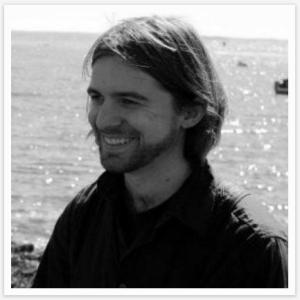 Not one to let it go at that, I decided to reciprocate, and get Justin chatting about his Jake Hawking shorts, his novel project, writing in general, and personal hygiene. Here’s what he had to say…

For me it’s the swashbuckling. I grew up on reruns of Guy William’s Zorro and Disney’s 1993 adaption of The Three Musketeers and in both cases it’s good defeating evil at the end of a sword. And for a five-year-old Justin, that was enthralling. I must’ve gone as Zorro for Halloween for five years straight as a kid (not that much has changed in my adulthood).

But I think people enjoy pirate stories and other swashbucklers because it’s a classic form of escapism. It allows readers to go back in time and vicariously live a life of adventure and danger without having to put their own lives on the line. The stories tend to be pretty romanticized – especially pirate tales – and full of fun action. Armed with just a rapier and a dagger, characters in swashbucklers can change the world, and that’s a very tantalizing idea for folks.

Why did you start out with short stories first? Why not go for a full-length novel?

It sort of came for two reasons.

I had two novels already written but they weren’t in publishing shape. One of them is still in editing mode and the other is archived for the time being. Editing and revising the novel was going terribly slow last summer – to the point of frustration — so I decided to work on something new. I had just finished reading The Fortunes of Captain Blood, a collection of pirate short-stories by Rafael Sabatini. I was thoroughly inspired to start my own pirate series in Blood tradition – a pirate who out-wits his opponent and not just blows them to pieces with his cannon.

The second reason was I wanted to give self-publishing a try. My writer-friend Jack Badelaire has had great success with his World War II action series, and it inspired me to give it a shot myself. I figured a smaller project would be easier to start off with. Something a little more contained to help me figure out the self-publishing ropes and how to go from a first draft to a final product. But titles sell titles, so I decided three short-stories would perform better than just the one in terms of sales.

Speaking of novel-length works, what’s going on with that project? Give us your sales pitch, and when do expect to make it available?

Oh, man. Soon I hope. The first draft was good, but needed a lot of work in some areas, so the first half is being rebuilt from the ground up. I’m hoping once I get to the second half it’ll be more revising and less rewriting. So that’s still on going. If all goes well, I’m hoping to make a deal with the devil to get it out this summer. *fingers crossed*

As for what it’s about… it’s the first in what I hope becomes a long swashbuckling adventure series. First novel is tentatively titled Honor Amongst Thieves. It takes place in France during the early portion of the 17th Century under King Henry IV’s reign. France is still healing from the Wars of Religion and is on the verge of becoming a major political power in Europe. Our hero, a soldier turned highwayman, gets a little more than he bargained for during a midnight hold up in the countryside. Soon he’s pulled into political court conspiracies and finds himself well over his head. I’ve tried mixing the grittiness of the Captain Alatriste series with the high adventure of The Three Musketeers. So folks can expect a lot of swordplay and some political intrigue.

Back to the Jack Hawking series. You mentioned a possible omnibus edition collecting the three shorts. How’s that coming along?

Still the plan, but things hit a snag last summer. I hired someone to do the cover art (different artist than who did the solo covers) for the collection as a way to make it stand out from the solo bits. But months went by and the cover never got completed. So now I need to go back and find someone else to do the cover art.

And therein lies one of the great challenges of self-publishing – juggling multiple projects at once. Since I’m editing Honor Amongst Thieves and the Hawking solo shorts are doing well, creating a collection edition is a bit lower on the priority list.

I should probably go and do that soon, eh? 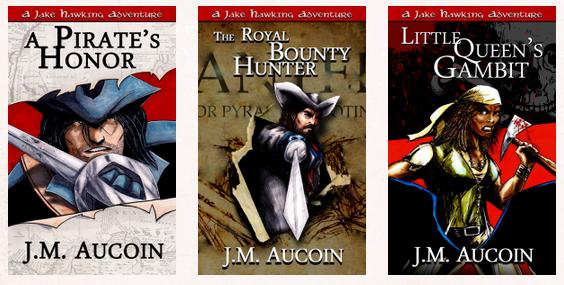 The character of Little Queen seems to be a favorite, both for you as a writer and among fans? What’s the attraction? And where did the character come from?

She was a happy mistake in some ways. I originally wrote Little Queen as a male. I wanted to create this large, former-slave turned pirate who was called Little Queen by the slavers and her fellow slaves as a way of further demeaning and emasculating him. He was supposed to be the silent but deadly type who overlooked Hawking’s safety. But I used the pronoun “him” only once in the first draft of A Pirate’s Honor, so a few beta readers read him as a her.

And it was love at first sight…

The character took a whole new level of awesome and became more interesting and compelling to me as a woman. She’s not only a female pirate, but also a former slave, so she’s been through a lot emotionally and physically. She’s also highly feared and respected among the rest of Hawking’s crew and other pirates to the point that buccaneers seek her out to try to prove their own prowess. She’s second in command on the Broad-Wing and the crew recognizes this and has no qualms with it. It may be a bit of a modern sentiment, but I’m writing for a modern audience. And woman pirates are far from being pirate myth, too. Anne Bonny and Mary Read being the most famous lady freebooters known to history, but there’s also William Brown, a black woman sailor who pretended to be a man in the service of the Royal Navy. She had quite the remarkable career, as well.

What I love most about Little Queen, though, is she action-focused. She’s a shoot first, ask questions later type. One reader described her as a pirate version of Xena because of her fighting prowess and the myth that proceeds her wherever she goes, which I love. And her demeanor is a perfect complement to Jake Hawking who prefers to use his wit before his sword. So I think people enjoy the dynamic she and Hawking have, and appreciate the deep and platonic friendship they share. Little Queen’s life as a slave has made her very untrusting of folk, but she’s also extremely loyal to her friends, so she’s a complicated and exciting character to explore as a writer, and as a reader.

I have big plans in store for Little Queen.

We were talking recently about the challenges of writing action sequences. How do you approach action scenes? Do you map them out in advance, or let them happen organically as you write?

Pretty organically. I’ll know how it’s supposed to end more or less, and any major points in the skirmishes, and sometimes I’ll get ideas for really cool fight sequence as I’m drifting to sleep, but I let the action scenes write themselves for the most part. Of course, sometimes the fights go differently than I first envision it, but that’s part of the fun of writing, right? Watching as your characters take over your story. I try to make each character I write have their own fighting style, their own tendencies, and preferred weapons. And their personalities and emotional state can be seen in the fights – if I’m doing it right, anyways.

Writing ship to ship battles is a bit more challenging, mostly because it’s hard to write naval battles without double entendres creeping onto the page. Editing those out at least make me chuckle as I hit the delete key.

Follow-up question: when you write swordfights, do your backgrounds in stage combat and fencing – and, what the hell, hockey – come into play?

Oh yea. Definitely. And it’s a balance between both worlds, too. I study and practice period fencing manuals, so I have a strong knowledge of the technical skills and terminology used in the era. But if I were to just describe a sword fight using strictly that knowledge, the fights would be very dull and too technical for the average reader to enjoy. So I steal the basic idea from stage combat in that the fight needs to tell a story in itself. Even with swashbucklers, where sometimes guys with flashing blades come out of the woodworks, random fights shouldn’t happen – or rarely happen anyways. There needs to be a reason for the fight, and the readers should learn something about the characters in that fight.

At the same time, it’s historical fiction, and die-hard readers of the genre love those tiny details, and some are pretty fluent in the ways of period fighting. You want to quench their thirst, too. So it’s a balance between the two, though I tend to learn heavier on stage combat background because of its entertainment value, and sprinkle in period fencing as a garnish.

Alas, not so much with my hockey background, though maybe I’ll write a fight scene where Little Queen hipchecks someone into a bartop and then she, Hawking, and the Broad-Wing crew drop the gauntlets for a good ol’ fashion donnybrook.

Best film adaptation of The Three Musketeers, and the worst, and why respectively? 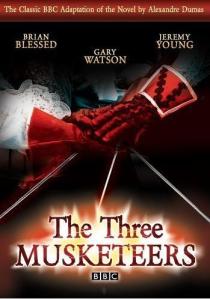 If we’re disqualifying miniseries because it can do the book in 10 or so segments, than I’d have to go with Richard Lester’s The Three Musketeers or Gene Kelly’s The Three Musketeers. Kelly might be my favorite d’Artganan and Oliver Reed my favorite Athos. Those two movies do a great job are translating the book to a two-hour movie without it feeling like huge gaps of the plot are missing.

As for the worst adaption, that might have to be The 4 Musketeers. It’s a French adaption in with a sci-fi/fantasy twist. In that movie, Milady de Winter does die at the hands of Athos, but she made a deal with the devil, literally. So she comes back from the dead and has super natural powers. D’Artagnan also has this white falcon that brings him good luck or something, Richelieu is a crazy catlady (that’s actually historically accurate, though; he had upwards of 14 cats!), and the musketeer cassock looks like a graduation gown. The English voiceovers are also atrocious, as is the sound effects. It’s really just all around awful.

Also, Asylum’s modern take on the musketeers is downright awful, but with a charm that only Asylum can achieve.

Neither of us shave very often, but I think you shave less frequently than I do. What’s up with that? You know it makes you look like a hobo, right? 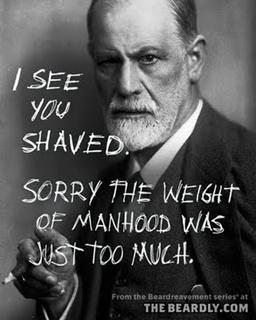