The first draft clocks in at 80,000+ words, making it a strong contender for the longest Action Figures novel, but I’m expecting to shave a LOT of material out in subsequent drafts. It always happens because of my tendency to greatly over-write in early drafts.

That comes later, though. I’m putting this project aside to cool off for a while and moving on to the first draft of the next Strongarm & Lightfoot book.

The Action Figures Omnibus – Volume One: This collection of books one through three — Secret Origins, Black Magic Women, and Pasts Imperfect — with new cover art by Tricia Lupien and a foreward by Patrick Hodges (the James Madison series), is set for a mid-2020 release.

The Adventures of Strongarm & Lightfoot – Elfish Motives: Book five is in the plotting stages. Tentatively scheduled for a late 2020 release. 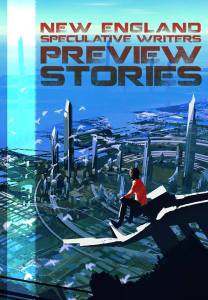 The New England Speculative Writers group has a new preview book for newsletter subscribers. Pick it up and read the opening chapters to Well-Behaved Women – Awakening and other stories.