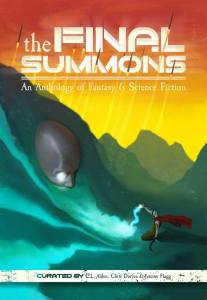 Thank you everyone who contributed to the New England Speculative Writers Kickstarter campaign for The Final Summons anthology!

The campaign officially ended Wednesday evening with a grand total of $1,937, $82 over our third stretch goal and $812 over our base goal! Now it’s time to play the waiting game until February 2019 when we unleash the book to the public!

The book will feature my short story The Going Rate for Penance and 13 other fantasy, horror, and science fiction tales from New England-area authors.

Well-Behaved Women: Past the 15,000 word mark on book three, and I received my edits back on book one, so this week I’ll be focusing on working up my final draft of Awakening!

Action Figures – Issue Nine: Hell Hath No Fury: First draft in progress, and as you can see, I have a working subtitle. This story is going to focus on Dr. Enigma and the return of her nemesis Black Betty. Expect another game-changer! 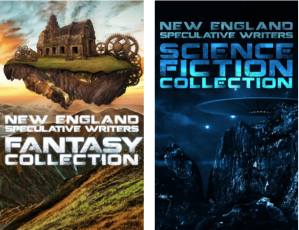 The New England Speculative Writers group if offering not one but two free books to new newsletter subscribers. Simply click on this link and sign up for the newsletter, and you’ll receive e-book versions of the two collections pictured here, featuring novel samples from NESW members. The fantasy collection includes the first two chapters of The Adventures of Strongarm & Lightfoot – Scratching a Lich.