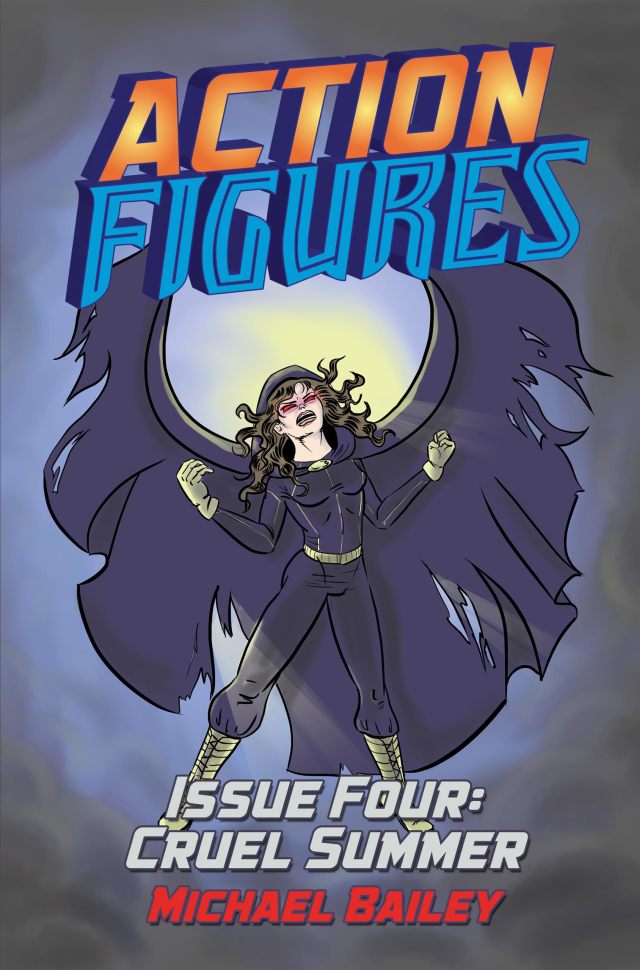 What’s book four about? Here is the official blurb…

His name is uttered in terrified whispers. He’s the bad guy the good guys fear. He is the King of Pain, and he’s come to Kingsport to put another hero in the ground.

The Hero Squad faces their deadliest foe yet, a mysterious killer who hunts within the superhuman community, leaving dead bodies and broken minds in his wake. The Squad is next on his hit list, and the King of Pain will push the young heroes to their absolute limit — and one of them might not survive the experience.

Get ready for the darkest chapter in the Action Figures saga as the Hero Squad prepares for the greatest fight of their lives — a fight in which there are no winners…only survivors.

Yep, things are going to get dark for the Squad, so brace yourself. The Kindle edition will be available on Tuesday, March 24 (print edition release date TDA).

If you’ve only now discovered the Action Figures series, now is a great time to jump on, because Action Figures – Issue One: Secret Origins is on-sale this week! The Kindle edition is available through Friday for just 99 cents — three dollars off the normal price.

To grab either book — or Black Magic Women or Pasts Imperfect, for that matter, go to the Buy Now page and click the cover images to be taken directly to Amazon.