As things stand, book four is shaping up to be on-par with Action Figures – Issue One: Secret Origins in terms of length. Book one came in at 95,500 words, and book four is hovering in the 83,000 word neighborhood, and I still have quite a ways to go. It’s also going to be a significantly darker story than the first three books, which prompted one of my test readers to remark that book four will be my Harry Potter and the Goblet of Fire. I’ll take that comparison, gladly!

To give you a little taste of what’s to come, here’s the official back cover text for book four, which I sent off this week to my trusty cover artist Patricia Lupien, along with my notes for the back cover artwork concept.

His name is uttered in terrified whispers. He’s the bad guy the good guys fear.

He is the King of Pain, and he’s come to Kingsport to put another hero in the ground.

The Hero Squad faces their deadliest foe yet, a mysterious killer that hunts within the superhuman community, leaving dead bodies and broken minds in his wake. The Squad is next on his hit list, and the King of Pain will push the young heroes to their absolute limit — and one of them might not survive the experience.

Get ready for the darkest chapter in the Action Figures saga as the Hero Squad prepares for the greatest fight of their lives — a fight in which there are no winners…only survivors.

My goal is to get draft one done by mid-December, polish off draft two by the end of the year, and get it out to my test-readers at the start of 2015 so I can get this sucker into readers’ hot little hands by March.

Not that I’m going to get much rest while my test-readers are doing their thing, because I already have half of book five, subtitled Team-Ups, plotted in my head, and then it’s on to book six, which will feature another major turning point for the Hero Squad.

On another note, I’m preparing for my second book-signing event, as part of the upcoming OtherWhere Market in Lowell, MA. I’ll be there alongside my wife, Veronica of Storied Threads, who prepared this tantalizing image for her own Facebook page. Enjoy! 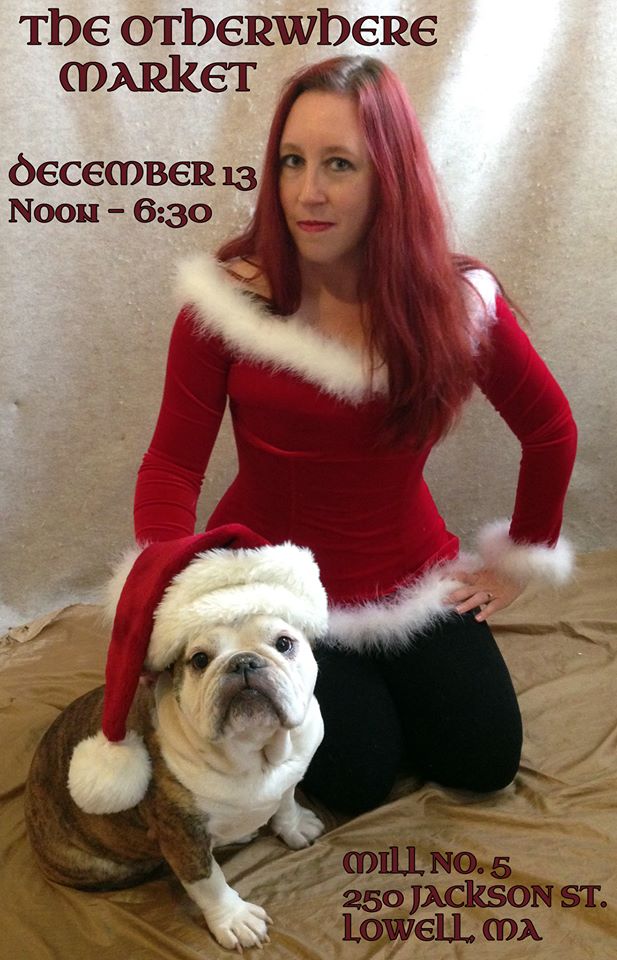